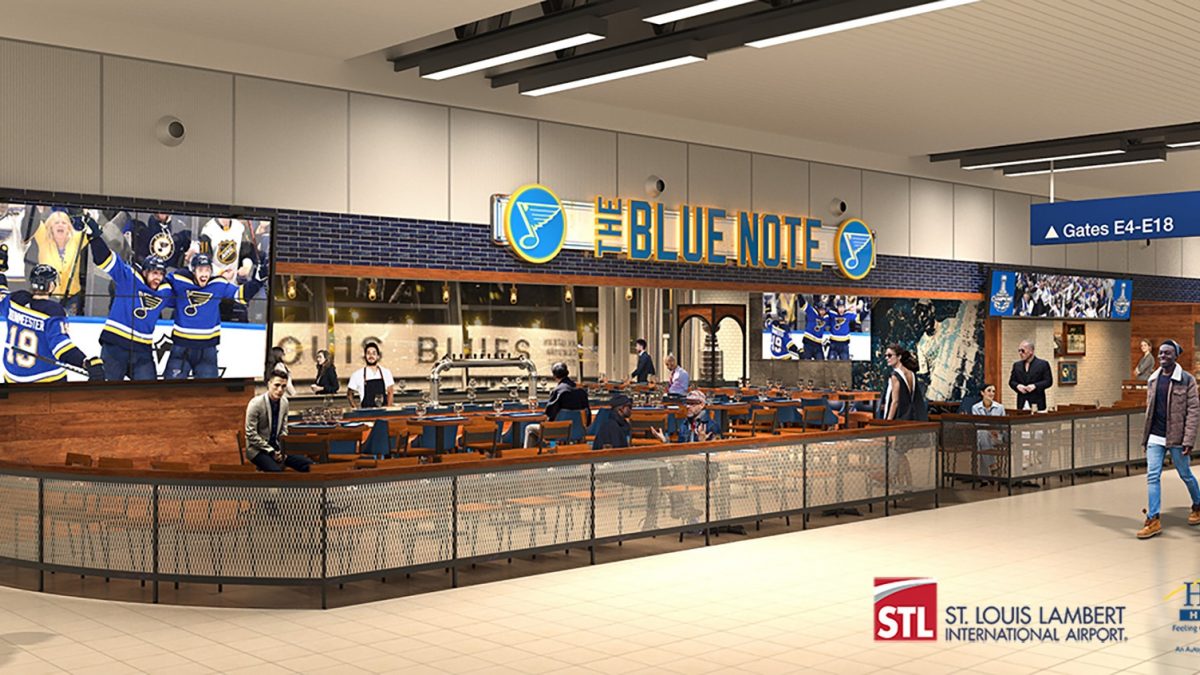 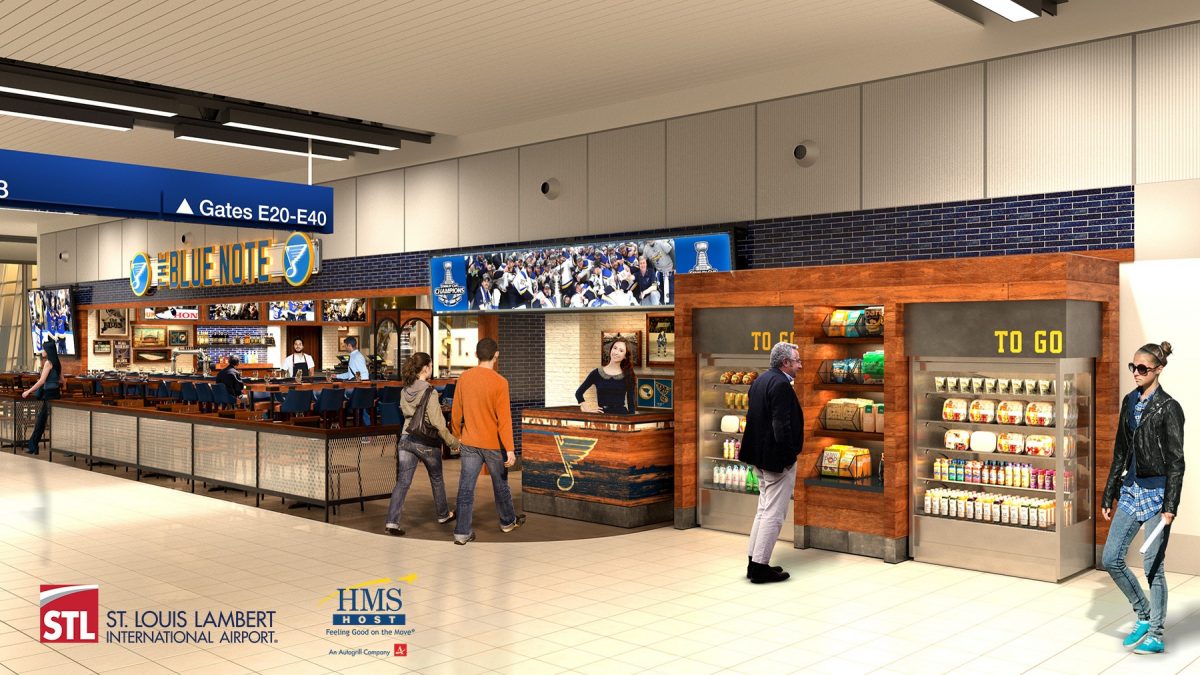 A new St. Louis Blues hockey-themed restaurant at St. Louis Lambert International Airport (STL) is one of the highlights of a proposed food and beverage contract extension with HMSHost. The St. Louis Airport Commission gave preliminary approval Wednesday to a three-year extension with HMSHost that calls for new and refreshed restaurant concepts and additional guaranteed revenue to the Airport. The current agreement with HMSHost ends December 31, 2020, but the extension terms would begin in January 2020 and run through the end of 2023. The extension agreement now awaits final approval by the City of St. Louis.

The concession extension agreement calls for an initial Minimum Annual Guarantee (MAG) of $4.7 million, which is a six percent increase over the current MAG.  The extension also requires HMSHost to invest at least $3.5 million in new restaurant concepts and upgrades.

HMSHost has proposed to build a new St. Louis Blues themed restaurant, the Blue Note Bar and Grill, to replace an existing restaurant in Terminal 2. The St. Louis Blues are the defending NHL Champions, winning the Stanley Cup in June. St. Louis is also hosting the NHL All-Star Game in January 2020.

“There’s no better way to celebrate the defending Stanley Cup champion Blues heritage than by offering an exciting traveler experience with game-day eats and a festive atmosphere,” said HMSHost Vice President of Business Development Bryan Loden. “HMSHost is thrilled to partner with a team of champions in the Airport and the St. Louis Blues, and we look forward to celebrating more victories with great food and drink for many years to come.”

“We love our city and airport, so we truly love what the Blue Note Bar and Grill will mean for the experience of travelers arriving at or departing from the home of the 2019 Stanley Cup champions,” said St. Louis Blues President and CEO of Business Operations Chris Zimmerman. “HMSHost and St. Louis Lambert International Airport understand the St. Louis Blues brand and are delivering a concept that St. Louisans will want to build into their travel plans from Terminal 2.  And if a visitor to St. Louis isn’t a Blues fan yet, this is where we can make it happen.”

In addition to a St. Louis Blues themed restaurant, HMSHost will also bring a new concept to the C Concourse under the terms of the extension agreement. Upgrades and refurbishments to its other concepts will be announced at later date.  HMSHost and its partners currently operate a mix of restaurants at STL ranging from national concepts like Chili’s, Starbucks, Dunkin Donuts, and Baskin Robbins, to local concepts like the Pasta House, Mike Shannon’s Grill, Schlafly Bar & Grill, and STL Brewmasters Tap Room.