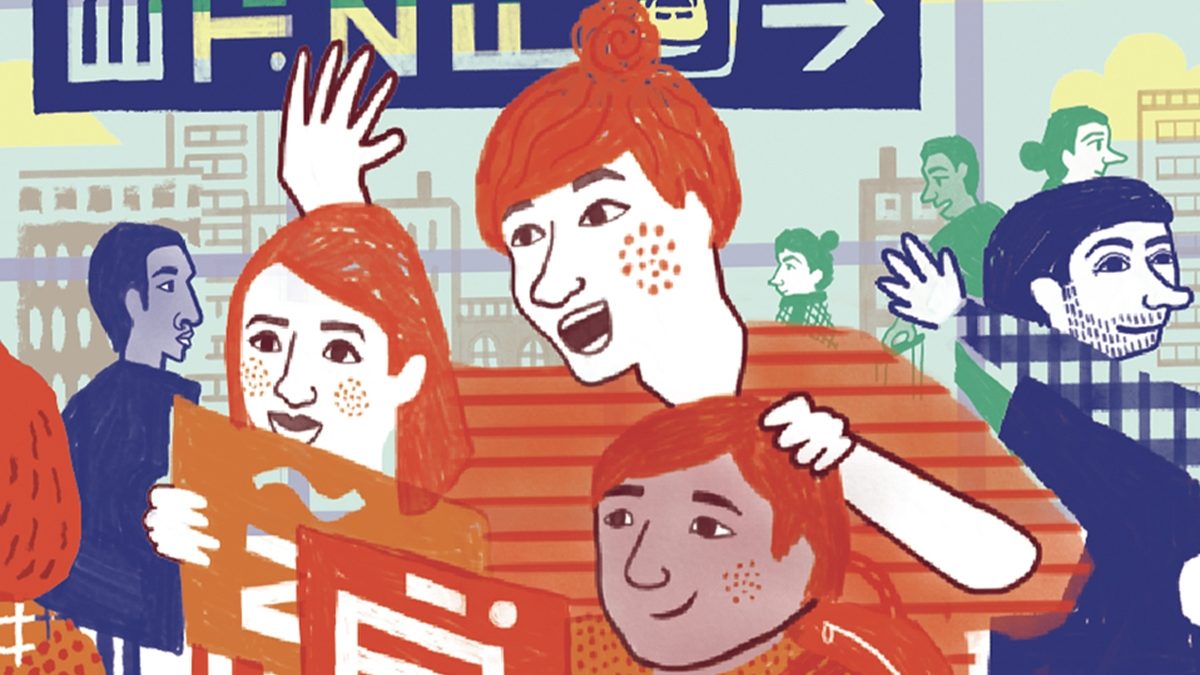 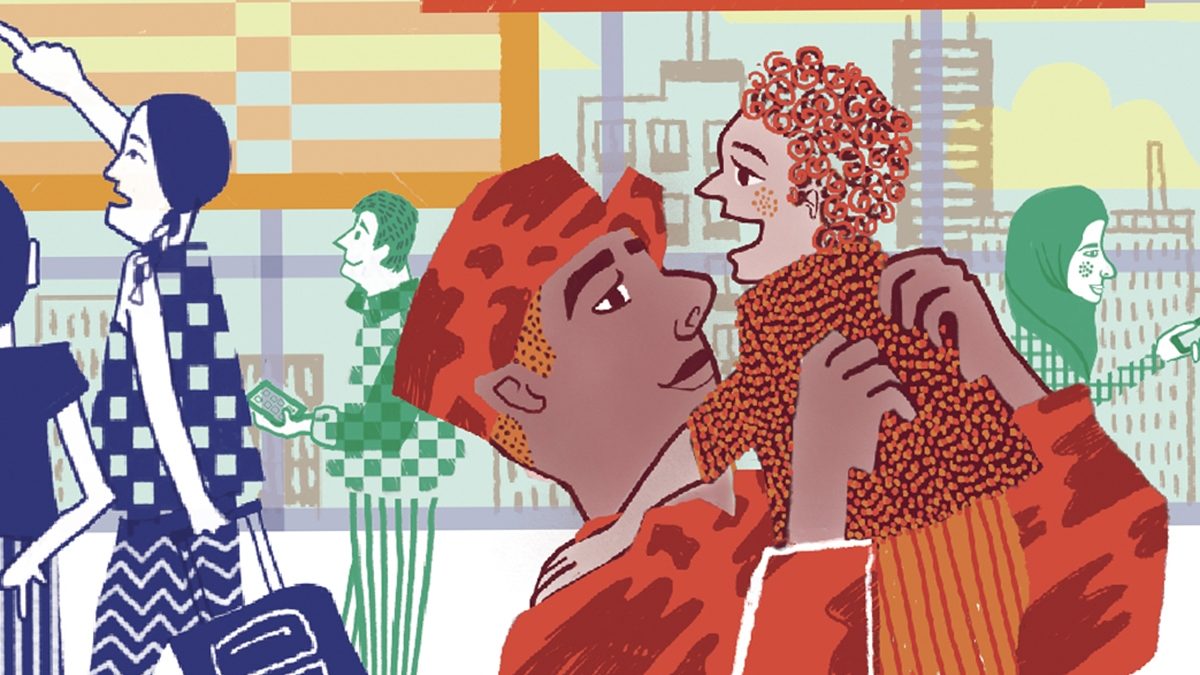 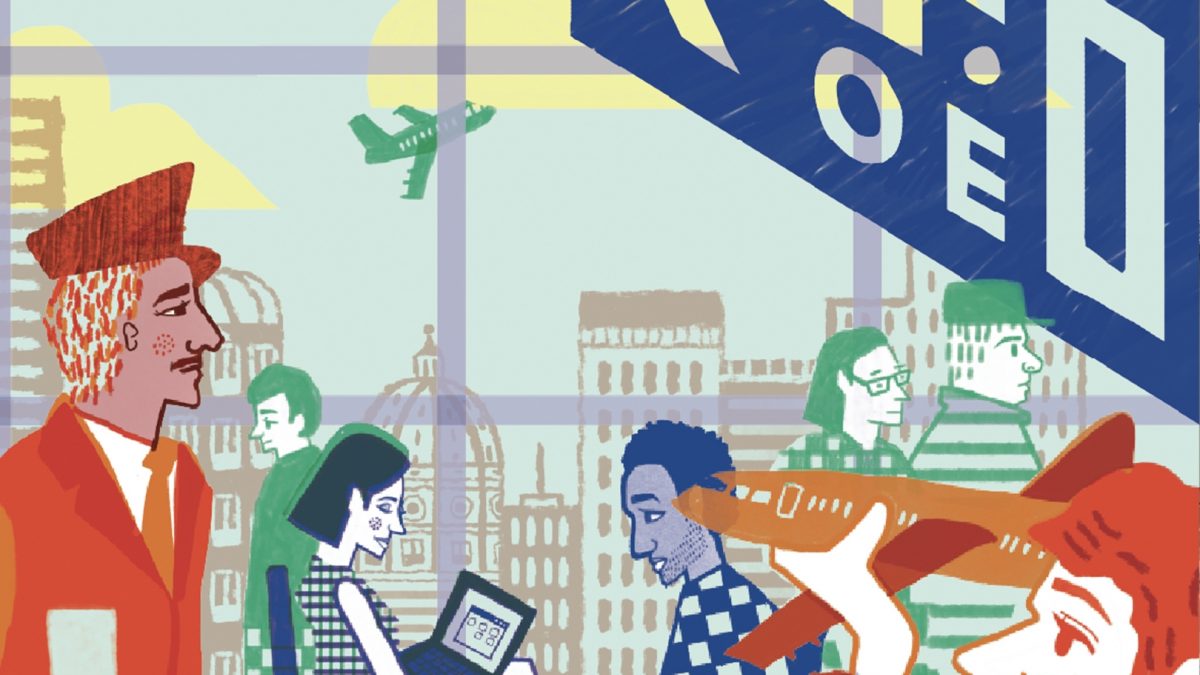 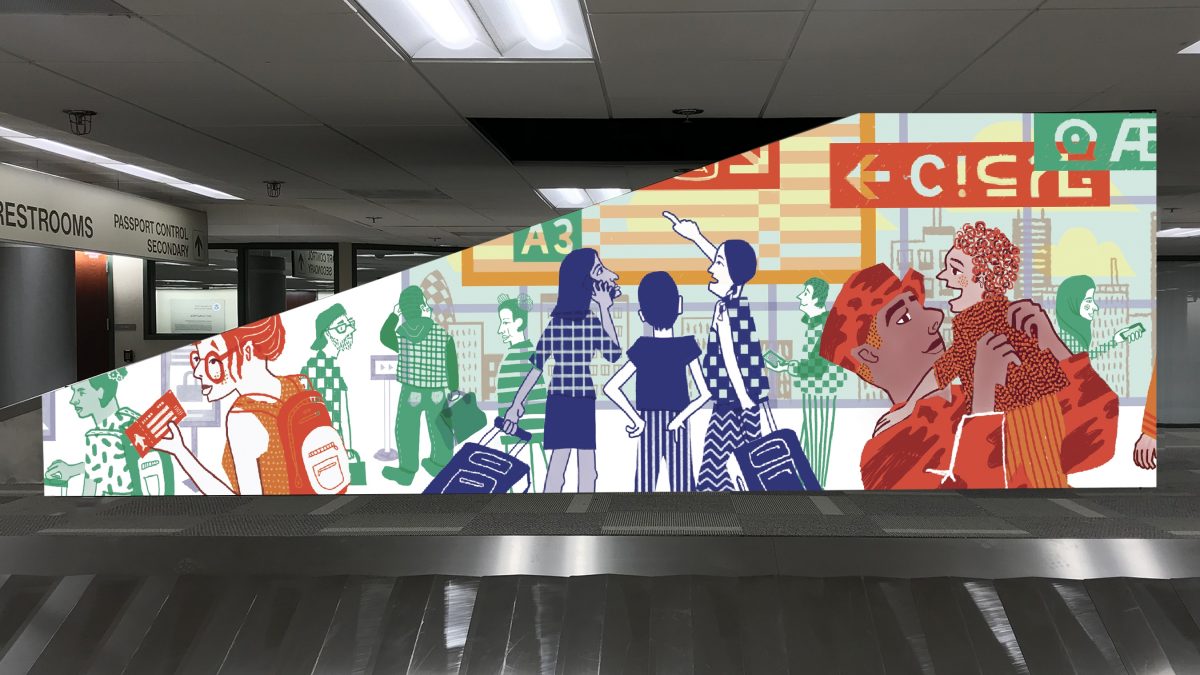 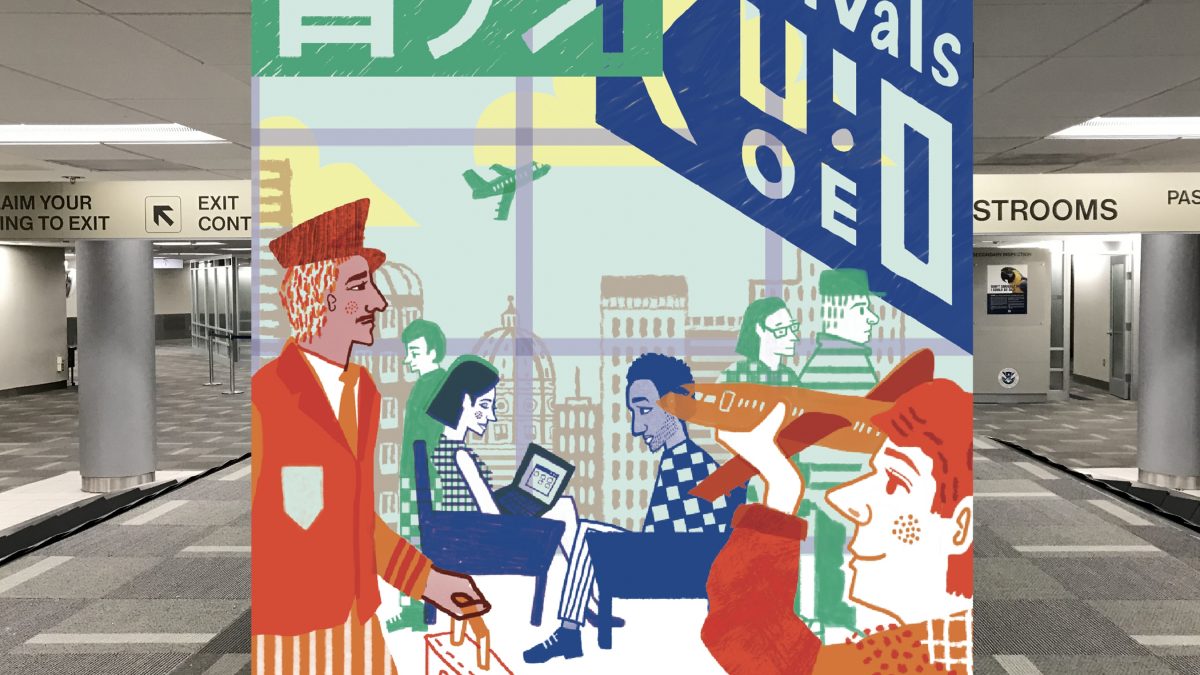 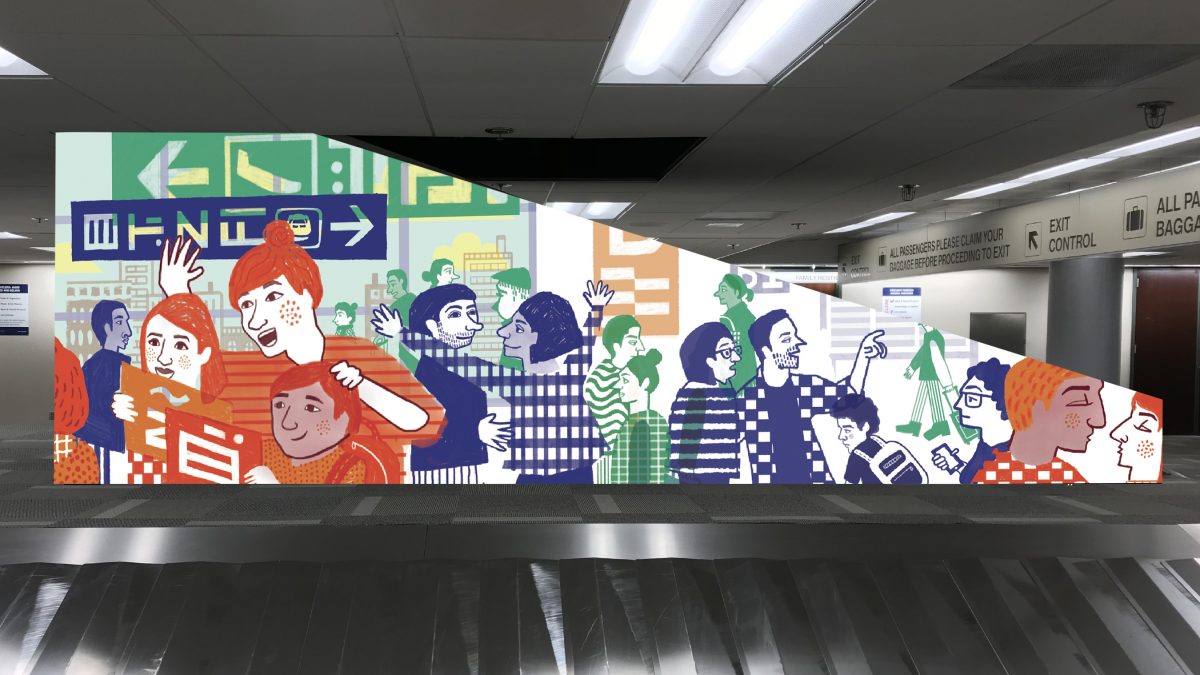 Finding home and a sense of belonging at the airport is at the heart of a new mural now greeting international passengers arriving at St. Louis Lambert International Airport (STL).

Susan Haejin Lee’s We Have Now Arrived captures the timeless and symbolic reunions we see every day at airports between friends and families and those who have just arrived. Lee delivers fanciful portraits in vivid colors amongst a backdrop of a big, bustling international city skyline. The mural stretches 34 feet across three sides of a conveyor system atop the U.S. customs baggage carousel in Terminal 2. The Airport commissioned Lee’s work as the final component to recent improvements to the Federal Inspection System (FIS) area.

Lee is a Korean-American illustrator whose mural is an extension of her children’s book, Now Boarding. The book is about finding a sense of home in the airport, a place of multicultural intersections. Lee, who lives in Brooklyn, New York, attended Washington University in St. Louis where she visited the airport several times a week to sketch. Those sketches inspired both her book and the new mural. Ever since her first trip to South Korea in 1998, Lee has been fascinated with airports. Growing up as a child of South Korean immigrants in Atlanta, Georgia, she struggled to find a sense of belonging. The airport was the one place that seemed to encompass her two identities; she felt that she could fully accept her Korean-American status in the diverse environment of the airport – a place where people understand and accept that you are culturally from somewhere else... a place of transition.

The mural design is on a polyester fabric wall covering produced and installed by St. Louis-based Novachrome. It will remain on exhibit for up to 10 years.

The mission of the Lambert Art and Culture Program is to create a visually outstanding impression of St. Louis Lambert International Airport, generate community pride, and ensure that art at the airport continues to complement and build upon the rich visual legacy of the airport. The program aims to highlight the St. Louis region’s unique art and culture, while also showcasing national and international works, focusing on both visual and performing arts.